The sixth-season of the Premier Badminton League (PBL) has been postponed due to the ongoing coronavirus pandemic. The league, which is amongst one of the highest prize money badminton tournaments in the world and has witnessed participation of Top-10 players along with thrilling badminton action for the past 5 years, was initially scheduled to take place in the last week of December. However, now fresh dates are being worked in for early next year.

The decision to postpone the Season 6 was taken by SportzLive—the official license holder of the league under the aegis of the national sports federation—in consultation with Badminton Association of India (BAI) owing to international travel restrictions which are still in place as per issued guidelines. Also, safety of all players and stakeholders involved is of prime concern. However, with the sporting world gradually returning on track, the organisers are keen to roll out the season next year.

“The usual window for PBL is December end – January. This year, as the world deals with the Covid-19 pandemic we have been monitoring the situation closely. Health & Safety of all is of paramount importance, hence, carefully considering all guidelines, protocols and commitments, and post discussions with BAI, we have decided to rework fresh dates for 2021,” said Prasad Mangipudi, MD, SportzLive.

The PBL has provided a strong platform for all shuttlers to not just showcase their skills but also financially assisted in their career development. For the young Indian shuttlers, it has given an opportunity to play alongside the world’s top players, which has resulted in the growth of badminton in the country over the last five years.

“With the cases on the rise again and the second wave hitting the country, it is pertinent that we adhere to the COVID-19 advisory issued by the Health Ministry. However, with the recent announcement of the vaccine, we are optimistic that the economy shall improve and things shall return to normalcy including international travel soon. The league meanwhile plans to introduce grassroots as well as other badminton activities in order to bring back the badminton actions ahead of the next season,” Mangipudi further added.

PBL is one of the most sought-after global badminton leagues having six-franchise based teams are played in a home and away format.

The tournament is scheduled to take place in New Delhi next year between March 30 to April 4. However, the 2020 edition had to be cancelled due to a coronavirus outbreak. With the tournament being also an Olympic qualifier, world’s top players including Indian shuttlers are keen to participate in order to book themselves a spot at the 2021 Tokyo Olympics.

However, with the current 14-day quarantine rule in place for international travellers, foreign shuttlers have expressed a need for relaxation in quarantine rules in order to travel for the Super 500 tournament. BAI Secretary Singhania on meeting the Sports Minister put forward the relaxation request so that foreign players’ participation becomes possible.

“Yonex Sunrise India Open will be a crucial Olympic qualifier tournament and players are very interested to come and play, especially as many shuttlers are yet to confirm their berths for the Olympics. I have explained the situation to the Hon’ble Sports Minister in detail and requested him to consider the current international practice of a mandatory 72-hour prior test and negative certification instead of 14-day quarantine,” Singhania said.

Singhania also further stated that the Sports Minister has assured all help in organising the tournament and termed it a fruitful discussion.

“Kiren Rijiju ji has assured to resolve the issue and provide all necessary support. As much as BAI and the Sports Ministry is keen to bring back the badminton action in India. I hope we will get to see badminton making a resounding return to India with the Indian Open Superseries,” he concluded.

The tournament is scheduled will be played at the Indira Gandhi Stadium in New Delhi next year.

Inspired by India’s top badminton coach Pullela Gopichand, reigning world para champion Manasi Joshi aims to create a conducive environment for para athletes in India after she hangs up her boots. Joshi shared her vision and future plans while talking to Indian paddler Mudit Dani’s on his online talk show “In the Sportlight”,

Joshi, who started playing badminton professionally in 2014, has been training under Gopichand for the last two years. She is determined to do her bit in changing the country’s perception on being differently abled. “Post badminton I want to be a part of a script that changes perception about people with disability in India. I want to make it better for future generations,” Joshi said.

Olympic medal winning coach Gopichand has groomed and honed Joshi’s technical and tactical skills. She believes she is a better player since she started working with Gopichand. “He always advises to keep pushing and keep on working. And when you are out for matches or tournaments, it’s the most important advice you get from your coach. Gopi sir pays attention to even minor things and I’m learning technical tricks from the best,” Joshi, who considers Gopichand as inspiration with his glorious career as a player and as well as coach, said.

The 31-year-old Asian Games bronze medallist feels there has been immense growth over the last few years in para badminton. “Since 2015 para badminton has picked up and even able body badminton people love it and it’s the second most favourite sport in our country. I see people choosing para badminton as a career option. I see in the next five years, more and more people taking up para sports. People will pursue it to the highest level,” Joshi concluded.

//
S.Kannan in New Delhi
/
0 Comment
There is a gentle storm brewing in Indian badminton and the worst part is people who matter are turning a blind eye... Read More 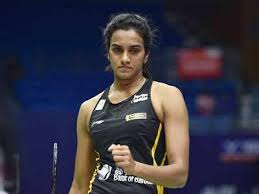 //
DLP Correspondent in New Delhi
/
0 Comment
World champion PV Sindhu, who had earlier communicated her absence in the Thomas and Uber Cup for personal reasons, has consented to... Read More

//
DLP Correspondent in New Delhi
/
0 Comment
The 26 Indian shuttlers will prepare themselves for the upcoming Thomas and Uber Cup as the Sports Authority of India (SAI) has... Read More

//
DLP Correspondent in New Delhi
/
0 Comment
World champion PV Sindhu is not only one of the best players in badminton at the moment but also among the highest-paid... Read More

//
DLP Correspondent in New Delhi
/
0 Comment
The forced break from the game due to COVID-19 pandemic finally comes to an end as the badminton national camp at Pullela... Read More