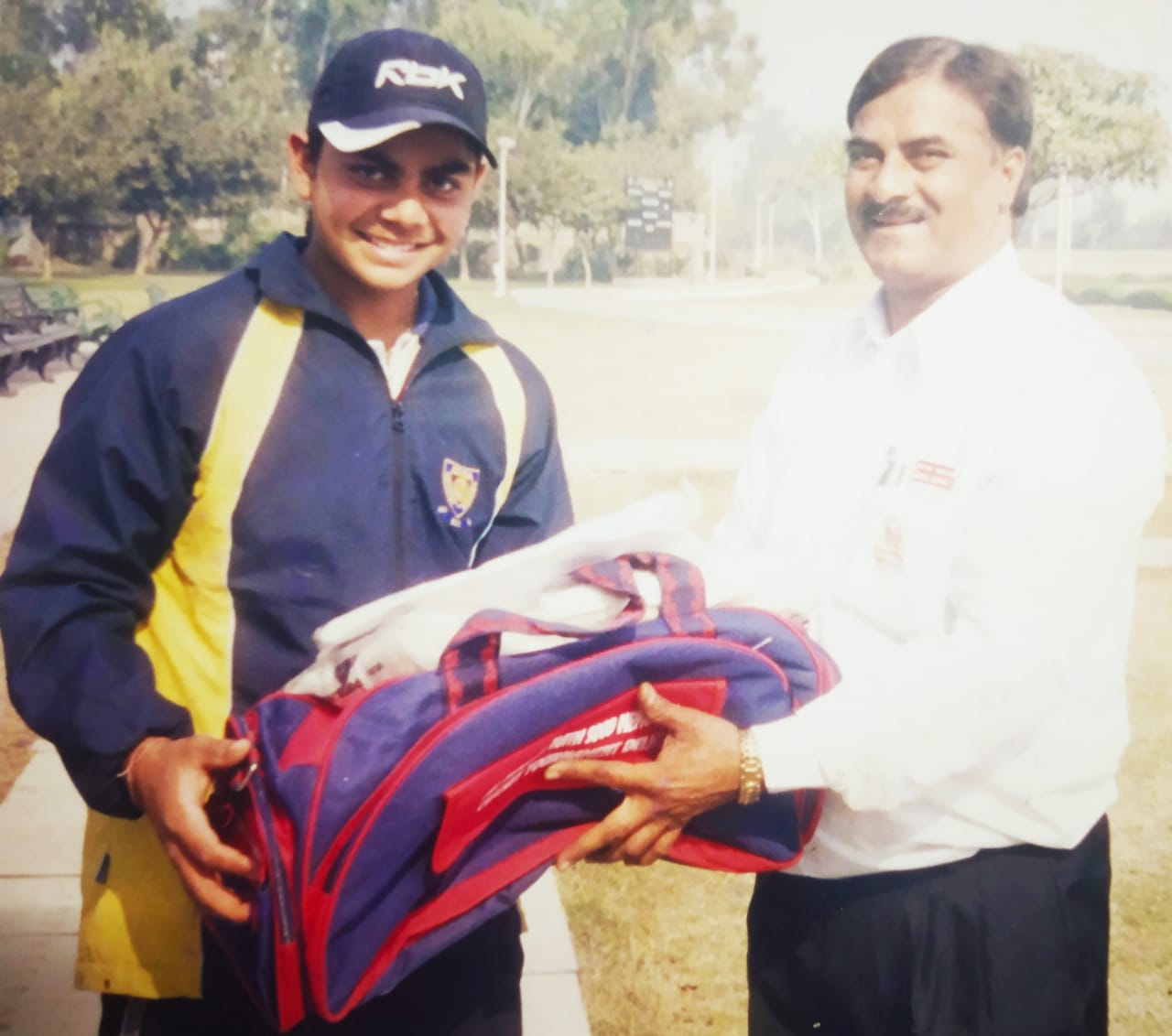 Friends, I have tried to keep you all connected to cricket while staying in home due to Corona virus epidemic. As you all are well aware that this year the 30th All India Om Nath Sood Memorial Cricket Tournament was to start on March 29 at Rashtriya Swabhiman Sports Complex, Pitam Pura, but due to Covid-19 it had to be cancelled. In view of the fact that you have been in your homes for many days, and at such a time, I have tried to make an effort to present you the memories of Om Nath Sood Memorial Cricket Tournament.

The tournament began in May 1988 on half matting  wicket at Railway ground, Rani Bagh. I have press coverage of only three matches of 1988 and press coverage of the final match of 1989. The final match of 1989 was played between Goswami Ganesh Dutt Cricket Club and Central Bank of India. Goswami Ganesh Dutt Cricket Club won that final by four wickets. Playing first, Central Bank of India scored 182 for eight in the stipulated 40 overs. In this inning, Sapan Malhotra scored 35, Chattar Singh scored 25 runs. Pritam Nirankari took three wickets for 45 runs.

Goswami Ganesh Dutt Cricket Club got the target by 184 runs by losing six wickets in 38 overs. Sarveesh Bhatnagar scored 80 runs from 56 balls by one six and ten fours, while Vineet Lal made 45 and Mohit Sharma made 30 runs. Bantu Singh of Central Bank was awarded the best batsman of the tournament, Jai Prakash (Rani Bagh Cricket Club) was best bowler and Sarvesh Bhatnagar for Man of the Tournament.After this edition, for some reasons the tournament could not be played for the next three years (1990, 1991 and 1992).

The tournament started again in 1993. But the press coverage and score book of this tournament is not available. And after that the score book and press coverage of all the matches from 1994 to 2019 is still available today. In this long journey of almost 32 years (according to available data) a total of 605 matches were played, total of 2,33,884 (two lakhs, thirty-three thousand, eight hundred eighty four) runs were scored, 9244 players were dismissed, 42706 overs were bowled, 20290 fours and 3762 sixes were hit.