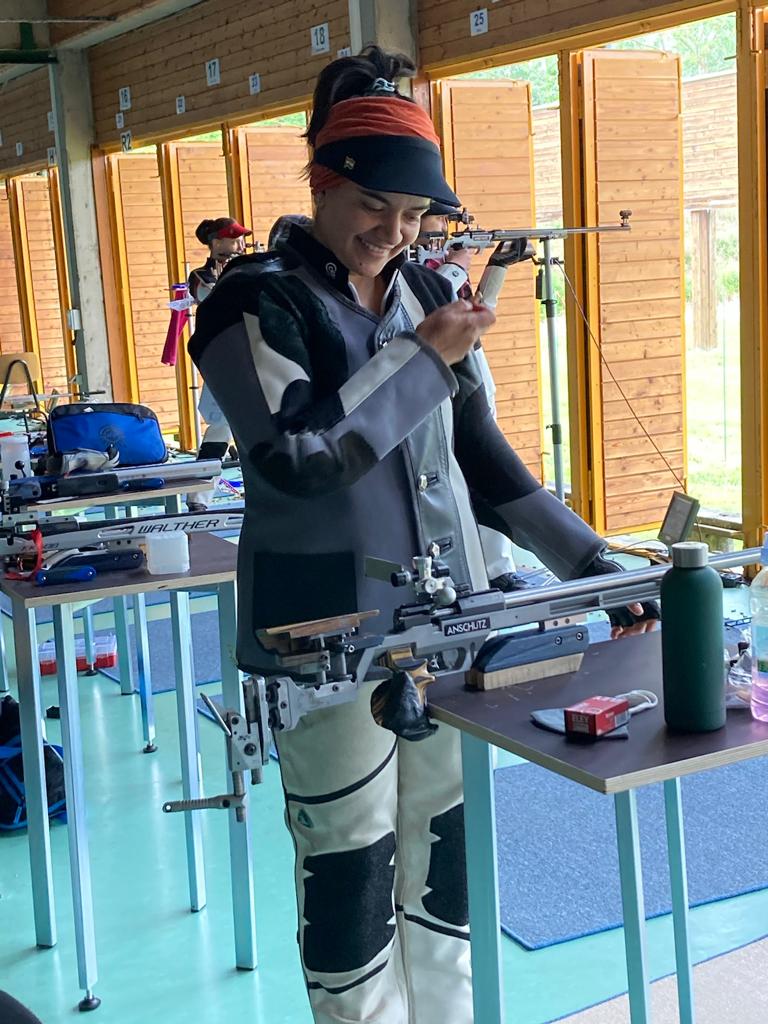 Anjum Moudgil put aside the disappointment of her home World Cup, to breach the final qualification mark in the Women’s 50M Rifle 3 Positions (3P) event, while shooting in its Minimum Qualification Score (MQS) section at the on-going European Shooting Championship in Osijek, Croatia, on Sunday. The Chandigarh girl shot a score of 1173, a huge improvement from the 1162 she shot in New Delhi, earlier in March this year.

The eighth and final qualification spot in the Regular event was grabbed by Switzerland’s Franziska Stark, who shot the same score, but had one less inner-10 score than Anjum’s.

Tejaswini Sawant, the second Indian in the fray, also had a decent outing, finishing with a score of 1172. While Anjum finished third in the 16-strong MQS section, Tejaswini was a spot below at fourth. Ukraine’s Lessia Leskiv topped the MQS section with a round of 1177, while Iran’s Najmeh Khedmati was second with 1174.

Germany’s Jolyn Beer topped the Regulars field with an European Championship record equaling 1185. Like it was for the Men on Saturday, the Regulars shot in the morning while the MQS field shot in the second half of the day.