1964 Olympic hero Gurbux Singh: ‘It was only when the Indian flag went up and the national anthem played, it sunk in that we had won the Olympic Gold Medal’ 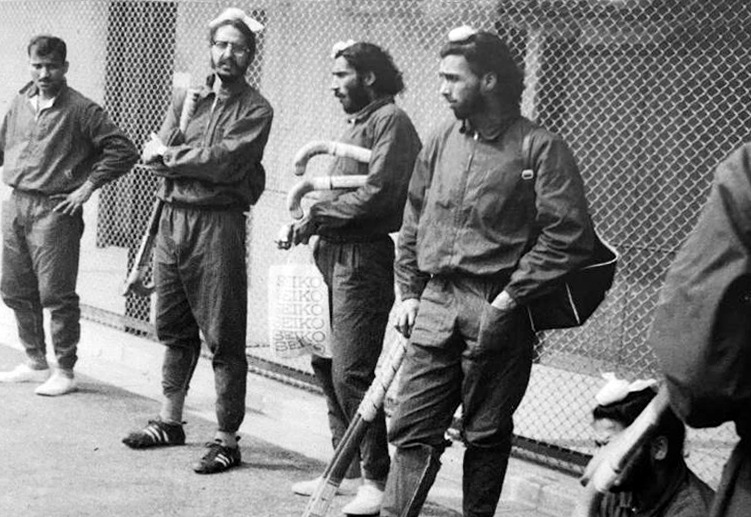 With less than 30 days to go for the Tokyo Olympic Games, the Olympic fever is slowly engulfing the entire sporting world. While the Indian athletes carry out their high-octane practice sessions, it’s time for the hockey fans relive the memories from the triumphant Olympic campaigns in the past through Hockey India’s Flashback Series.

In the third article of Hockey India’s Flashback Series, legend and former India Captain Gurbux Singh reminisced India’s historic campaign at the 1964 Tokyo Olympic Games where India beat arch nemesis Pakistan 1-0 in the Final. “I still remember, the Final was delayed because the Bronze medal match between Spain and Australia went into extra time and then sudden death. We were all warmed-up and waiting, as usual, there was so much tension that we were using the rest room every ten minutes. One could see players from both Pakistan and India were going up and down the dressing room,” recalled Gurbux Singh laughingly.

Vividly recalling every moment of that tense Final, Gurbux emphasized that the pressure was in fact on the Pakistanis as they were the defending Champions. “I believe they were more nervous than us. India didn’t have anything to lose but the crown was at stake for them. Few minutes into the match there was a bit of a scuffle between Asad Malik the inside-left of Pakistan and Prithipal Singh of India, and the match got delayed a little. There was some exchange of words before the match commenced again. After that interruption, the match was cool and there was no problem.”

The Final played in front of a packed stadium in Tokyo, India struck a goal in the 41st minute of the match through a penalty stroke scored by Maninder Lal. “We missed a few good chances when Haripal Kaushik slipped at the point of scoring and then Prithipal had a penalty corner in the second half, shot hit their left full back Munir Dar on the foot and we got a penalty stroke. Maninder Lal scored that goal. The last five minutes Pakistan played really well and for us, Lakshman saved two corners.”

“The last few minutes felt like the longest hours, it felt as though the clock had stopped. Finally, when the last whistle was blown, people from the galleries like Milkha Singh, Raja Karni Singh and the whole Indian contingent jumped into the ground and started doing bhangra,” reminisced Gurbux who led the team to the Gold in the Asian Games in 1966.

“But honestly at that stage I did not feel any excitement. When you are looking for that particular moment for years and finally it happens, everything is drained out of you, and it takes some time for it to sink in. It was only when the Indian flag went up, the national anthem was played, and tears rolled down my cheeks. I think that occasion it set in that we had actually won,” he said recalling the rush of emotions during the victory ceremony.

More than half a century since that incredible feat in Tokyo, the Manpreet Singh-led Indian squad will play in the same city this summer Olympics and Gurbux Singh believes the team is capable of recreating that historic podium finish. He said, “I wish them all the luck, they have been doing really well in the last few years. They are capable of winning in Tokyo. I think for me, as the current India Coach has said, the first target should be the quarter final. In the past years, I think after the 80s especially, we have been so near and yet so far away from a medal.”

The legend who has an Olympic Gold from 1964 and a Bronze from 1968 rued at the fact that India hasn’t made the semi finals since 1980 Olympics. “We haven’t had a semi final berth in almost four decades. I was there in Sydney to watch the match; we lost a great chance when we drew with Poland. Same thing happened in Los Angeles when we couldn’t get a draw or a win against Germany. But I think this time we have a great chance. This team has been doing well against all teams and I hope and pray they go beyond the quarter finals,” he added.

Gurbux further expressed that the humid weather in Tokyo should not hamper India’s chances. “When we played the Olympics in Tokyo, it was in the month of October, and it wasn’t as humid but there was some rain. It was India and Pakistan who would end up having issues when it rained because we were never used to playing in the slush, but European countries were used to playing in the rain. However, this time the conditions in Tokyo will be challenging for European teams but it should not be an issue for India,” he signed off.