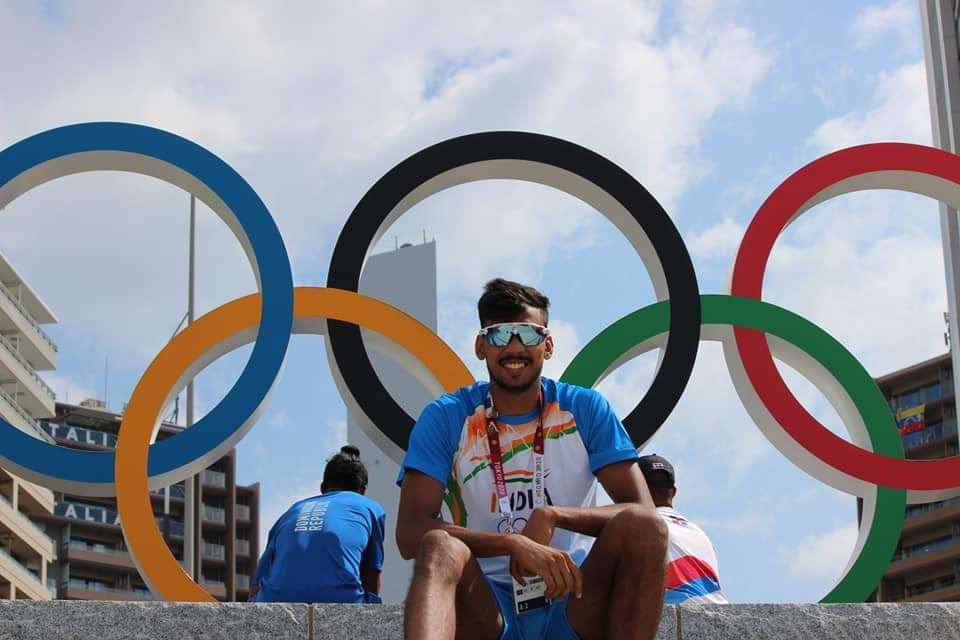 The Delhi government appeared to have done its bit by putting up banners of five Delhi athletes who competed at the 2020 Tokyo Olympics. Huge Banners consisting of sketches of table tennis star Manika Batra, shooter Deepak Kumar and, two 400m runners Amoj Jacob and Sarthak Bhambri were put up all over Delhi but upon speaking to one of the athletes, it seems the banners are just a paint job to hide the deficiencies of the government.

“I can tell you that Delhi government never came to my help, no monetary help was ever offered to me,” said 22-year-old Bhambri, who lives in Rajouri Garden and currently pursuing his under-graduation education. “Posters have been put up saying ‘Delhi bole jeet ke ana’, kaise jeet ke ana? (Delhi says win medal at Olympics. How to win this way?)”

“I saw somewhere that crores have been spent on hoarding and posters for the Olympics. Even If they gave us 10-15 per cent of that for our preparations months before going for the Olympics then we could have put it to good use on our performance.”

Bhambri and Jacob were part of the 400m relay squad that set the Asian record at the Olympics with a timing of 3:00:25 seconds with Jacob, who was part of the main team, putting the best Indian timing of 44.68 seconds while running the last leg.

Delhi government is currently running a Mission Excellence scheme to financially aid top athletes from the national capital. However, Bhambri, who earned a spot in the India 400m relay team after a string of medal-winning performances at multiple national events, alleged that he is yet to benefit from the scheme.

“Mission excellence is a good scheme they have but they need to really revamp it because if I do well today in the Olympics and I want to prepare for Asian Games and Commonwealth Games next year, then I won’t have any funding until 2023, then what’s the use of it? I have 8-10 months left for CWG but if no funding is going to come then how will we grow,” Bhambri said.

Earlier, World championship bronze medallist boxer Gaurav Bidhuri and wrestler Divya Kakran had also slammed the city government for providing any help. Mediapersons tried to speak to sports department of Delhi Government but didn’t get any response as yet. The officials were unavailable to comment on the matter.