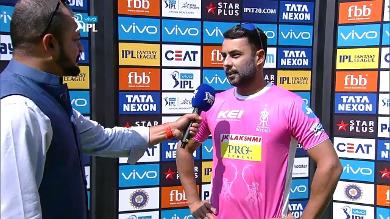 India all-rounder Stuart Binny on Monday announced his retirement from first-class and international cricket. The Karnataka star represented India in three Tests, 14 ODIs and two T20Is. He made his India debut in 2014 and last played for the country in a T20I in Lauderhill in 2016 against the West Indies.

Stuart Binny was a lower middle-order batsman and a handy medium pace bowler. The 37-year-old hit more than 400 runs in international cricket and picked up 24 wickets during his two-year career.

“I would like to inform that I have decided to retire from international and first-class cricket,” Stuart Binny said in a statement.

“It has given me tremendous joy and pride to have represented my country at the highest international level,” he added.

“I would like to acknowledge the huge role that the BCCI have played in my cricketing journey. Their faith and support over the years have been incredible. My cricketing journey would not even have started had it not been for Karnataka state and their support. It has been an honour to captain and win trophies with my state,” he said.

Binny holds the record for the best-ever figures in an innings for an Indian bowler in ODI cricket. He had run riot in Dhaka on June 17, 2014 finishing with figures of 6/4 in 4.4 overs.