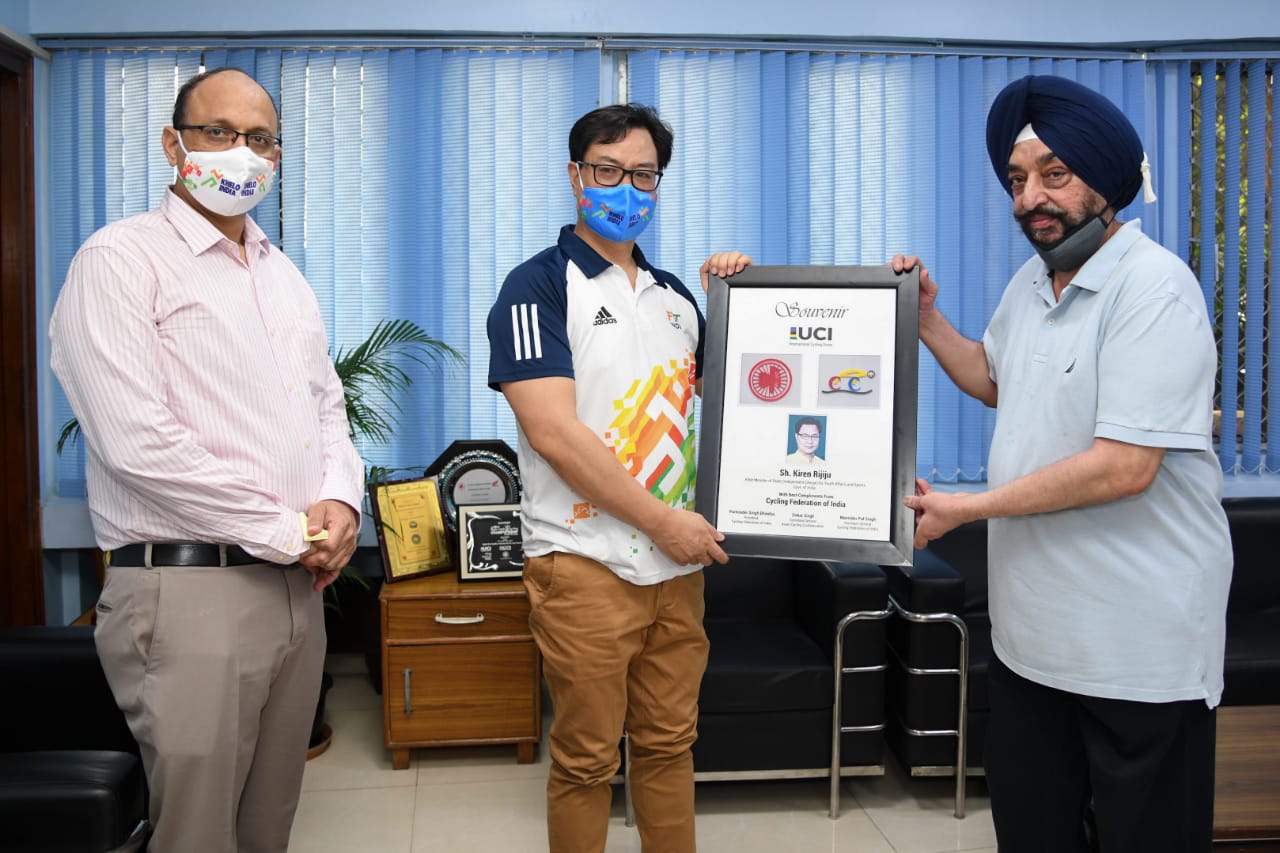 India’s Elite young cyclists have resumed their training at the Indira Gandhi Stadium Complex. All the training preparations are good and health safety measures are being followed strictly. Now we have very good cycling prospects at top International level,” tweeted Kiren Rijiju, Sports Minister after he visited on going cycling training camp for the Elite National Cyclists at the Yamuna Velodrome at Indira Gandhi Sports Complex.

He was greeted by Onkar Singh, Chairman, Cycling Federation of India and Sandeep Pradhan, Director General, Sports Authority of India at the Complex. Onkar Singh appraised the Minister on future planning of the cycling with a vision of qualifying to 2024 Olympic and the various measures of training and facilities of Indian team and plan for selection and training of cyclists at grass root level were discussed.

The training camp was started after the quarantine period with 12 elite cyclist which includes the top cyclists like L Ronaldo Singh, Esow, David Beckham, is running smoothly with all the SOP’s of the Government being followed strictly. This is the first camp to start at the Indira Gandhi Sports Complex post lockdown which has other sporting facilities such as Boxing, Gymnastic, Wrestling etc.

The cyclists who were disappointed after the cancellation of the UCI Junior World Track Cycling Championship 2020, now have again started their intensive training looking forward the various International events across the World, but concentrating for Track Asia Cup 2020, New Delhi slated for the later part of the year and also for the Asian Track Cycling Championships to be held in Astana, Kazakhstan in early part of 2021. “They were enthusiastic and encouraged after the visit of the H’ble Minister to the camp” said Onkar Singh.