JOKE IS ON DJOKOVIC 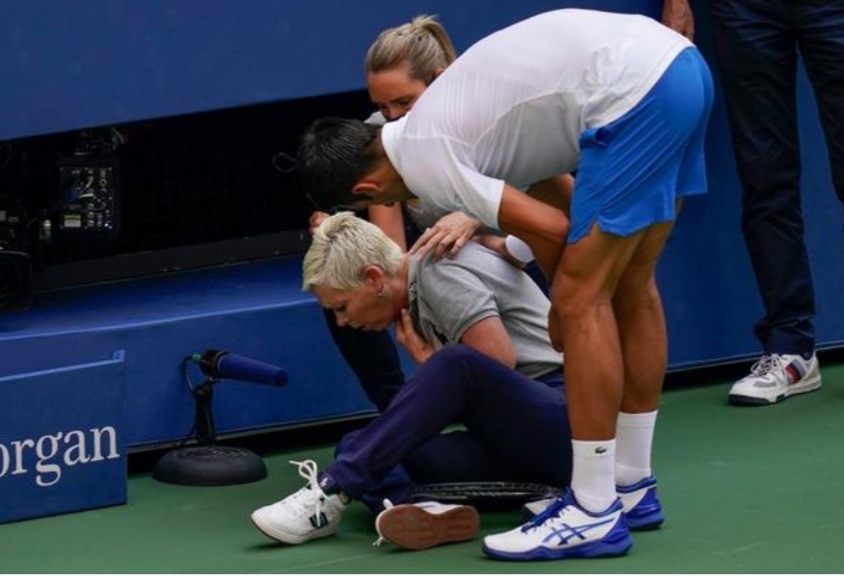 Novak Djokovic is left with very few sympatisers after his latest act at the US Open, where in frustration, he inadvertently smashed the tennis ball into a line umpire on Sunday and got defaulted.

Call it a moment of frustration or being pushed to the back-foot by a lesser known opponent — Carreno Busta — in his campaign for winning the men’s singles title again, Djokovic  pleading for leniency did not have the desired effect.

These days, at the Grand Slams, there is no room for showing off or being rash. It could be something as simple as accidentally hitting a ball boy or girl or an offence more serious in nature.

Djokovic’s argument with the US Open Grand Slam tournament officials that the lady line judge, who was hit on the throat and fell down did not have to be taken to the hospital was perhaps one of the worst arguments he could have made.

The rules in tennis are very clear, from audible obscenity, to swearing, profanity and behaving in a manner which brings disrepute to the sport. For the US Open to have taken such a big decision speaks a lot about their concern for that important group of people in the game which is responsible for the conduct of matches.

A player may be worth billions of dollars in bank accounts, have an equal amount coming in every year through commercial endorsements and still be craving for more. Above all this, the same player (Djokovic) cannot be mindless even when he is struggling in a tennis match.

It may be acceptable to show attitude and arrogance in a ringside bully sport which is so popular on TV but tennis has its own rules and is governed strictly.

Earlier this year, when Rafael Nadal accidentally hit a young ball girl at the Australian Open in Melbourne, he immediately showed concern and made up. Rafa kissed the girl on her cheek which may have made her day. Rafa was forgiven.

Rewind to the 2018 US Open final where Serena Williams lost to Naomi Osaka, her behaviour came in for serious reprimand from chair umpire Carlos Ramos. She called him “a liar” but the Ramos did not budge. Serena was hounded for long after that, but the scar still remains.

Tennis has its own set of characters, Some like Roger Federer and before him Pete Sampras and Stefan Edberg were the epitome of good manners and conduct on court, befitting their stature as superstar tennis players.

In Novak’s case, despite his hot streak in 2020, he has got into trouble repeatedly. When he ran the controversial Adria Tour bang in the middle of the COVID-19 pandemic this summer, he partied, and it led to many players contracting the Corona virus, Djokovic came in for huge criticism. It was not just about tennis, but the parties at the Adria Tour with scant respective for social distancing and masks which irritated the tennis fraternity.

Djokovic being stripped of his ranking points won thus far at the US Open will not make much of a difference or the loss in prize  money. He faces a fine of around $ 20,000, which is small change for him. By not addressing the mandatory press conference, he has ruffled more feathers in New York.

The organisers of the US Open put on the show despite all hardships, creating a bio bubble and being very strict. The main actor on stage may have been dumped but the show will go on.

For critics of Djokovic, led notably  by cranky Nick Kyrgios, this is another chance to slam the Serbian. Kyrgios, himself no angel on court, has been critical of Djokovic since the time of the Adria Tour and did not take part in the US Open.

He has started a Twitter poll on how if he had done something like this, for how many years he would have been banned.

Djokovic leaving the court distraught in NYC did make for sad viewing. Perhaps, one particular lesson was not taught to him well enough by his coaches who command huge salaries. Humility is a must for superstars. Leave your star status behind in the locker room when you step on court.